Continuing the #desidrapes rainbow series, today is the day for a beautiful dhakai jamdani handloom saree as blue as the Mediterranean sea. Traditionally, muslin patterning in the extra weft technique is known as Jamdani and Sir George Watt gave the fine muslins of Bengal the name of “ring muslins,” after testing their fineness by passing them through a ring. However, this was no secret to the earlier generations; The Mughal conquest of the region was in no small part an attempt to capture the centres producing these fine, diaphanous textiles.

An apocryphal story relates to how Princess Zeb-Un-Nissa was severely reprimanded by her father, the Emperor Aurangzeb, for being apparently clad in nothing and desecrating the high dignity of the Mughal court, to which she calmly replied that she had not one but seven jamas (garments) on her slim body

Poetic names such as Abi-Rawan (Flowing Water), Bafta-Hawa (Woven Air) and Shabnam (Morning Dew) were justifiably given to these delicate muslins for their sheer translucency during the Mughal Era. Light reflects on this beautiful drape akin to a cloud draped around the body while highlighting the graceful weft figuring.

Jamdani is a technique used to decorate plain mulmul or muslin with the addition of supplementary extra cotton wefts, to create dense patterning against a semi-transparent background. For readers not familiar with textile terminology, “weft” means the horizontal rows of threads perpendicular to the selvedge (border) of the textile (cloth, structurally, is made up of interlaced vertical and horizontal rows of threads which come together in this manner due to the action we call “weaving”). The process of weaving jamdanis has not changed much over the centuries. The traditional color palette of white, off white or grey grounds has been revolutionized, and today we see jamdanis woven in all colours. I once came across a majestic black on black jamdani and it was quite the stuff of dreams, however the traditionalist in me is still eagerly awaiting the day I get my hands on an authentic, diaphanous white on white jamdani. A great place I would recommend to score some absolutely stunning jamdani sarees in cotton as well as zari-cotton combinations would be Mukta’s Sarees, their shop operates on Facebook and Instagram.

Jamdani has rightly been called the Queen of Muslins. The beauty of this weave lies in the unique structural process used in weft figuring. Unlike other forms of brocading or figuring where the extra weft runs in floats from selvedge to selvedge and appears on the right side at precise locations to form a pattern, the figuring for Jamdani motifs is in a manner where the supplementary weft of each motif is woven at a particular area only for that motif; it begins and ends at the motif it forms. Hence, there are no floats that are cut on the reverse side. In simple, non technical terms, the weaving of this fine muslin is like embroidery on the loom, each buta is worked on and completed with mindful meticulousness before beginning the other. The soft, delicate, sheer muslin saree is the perfect drape for the Indian summer, offering coverage yet hinting at the silhouette of the feminine form it envelopes like a cool, sheer cloud. The extra weft figuring for each motif is seen the neat, smooth reverse side of this fabric.

I hope we never live to see the day where jamdanis are a fable of the yore! 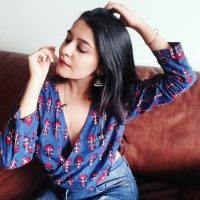